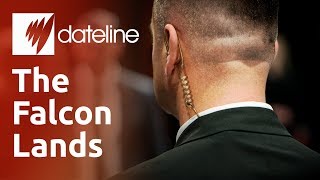 On February 18, SBS Dateline aired a 28-minute feature interview with Christopher Boyce that examined his motives for selling U.S. intelligence information to the Soviet Union in the seventies. The interview was conducted by esteemed Australian TV journalist Mark Davis. Click the video above to watch the full interview, which also mentions the book American Sons: The Untold Story of the Falcon and the Snowman and features some fabulous footage of Chris and his gyrfalcon, High

Freeing 17 inmates is not prison reform

Watch: The time Cold War spy Christopher Boyce (AKA The Falcon) was interviewed in prison

The Falcon and Goliath, or: The Indie E-book that Could

Praise for "American Sons: The Untold Story of the Falcon and the Snowman"